Significance of Nature In Poetry 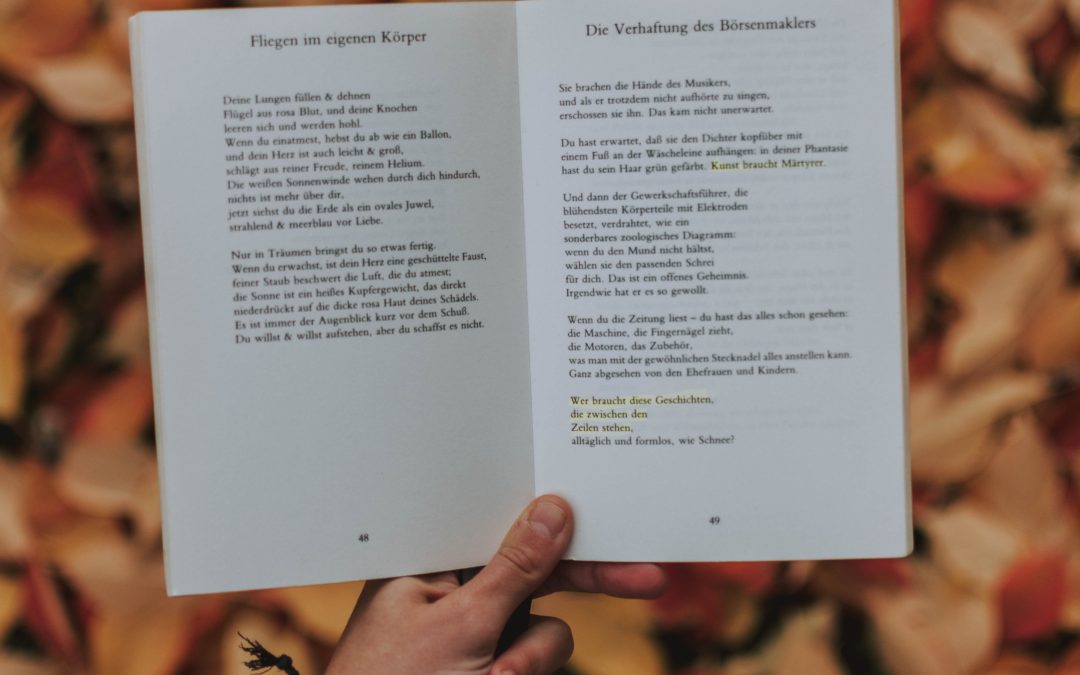 Nature poetry engages with, describes, or considers the natural world.

Nature has always played an essential role in literature, especially in poetry. The natural world has been one of the recurring subjects of poetry, frequently the primary one, in every age and country. Writers and poets have often used Nature to describe their emotions and thoughts about life, death, love, and war. Literature often reflects feelings that simply reflect Nature and how it can turn into moving metaphors.

According to Aristotle, poetry sprang from the wellspring of Nature. Without Nature, poetry wouldn’t exist at all. The urge to describe the natural world — its various landscapes, changing seasons, and surrounding phenomena — has been an inescapable part of the history of poetry.

A poem about Nature is basically composed of verse that talks about trees and the environment or outdoor experiences with the poet’s interaction with Nature. In the book entitled Stories and Poems from a Grandmother’s Heart, Kishwar book uses animal characters as metaphors to illuminate readers and give them an experience of interaction with the environment while reading verses and proses from a Grandmother’s perspective.

Wendell Berry, an American novelist, provides a simple helpful definition of nature poetry as poetry that “considers nature as subject matter and inspiration.”

Our concepts of Nature are relative and historically determined. The nature poem is affected by ideology, literary conventions, and social and cultural ideas. In this idea, we can say that what we experience and feel from the outside world, we can guarantee that we can read it in a poem that talks about Nature. For example, if we talk about trees. In poetry, many of the literary devices we can relate to are a tree. We can make the tree dance through the windpipes of every poet writing about trees. However, Nature has been the site of many different naïve symbolisms, such as purity, escape, and savagery. That’s why poets and critics often refer to green or environmental poetry, which presupposes a complicated interconnection between Nature and humankind.

Raymond Williams contends, “Nature is perhaps the most complex word in the language.” Nature is now contested because it assumes an oversimplified relationship between humans and the environment. “

The idea that the seasons structure the actual rhythms or symbolic life passages goes back to antiquity. Hesiod’s Works and Days interest agricultural practices. There is a long tradition of the pastoral, stemming from Theocritus’s idylls which honor the simplicities of rural life and create such memorable figures as Lycidas, the archetypal poet-shepherd who inspired John Milton’s pastoral elegy “Lycidas” . Virgil’s Eclogues (37–30 B.C.E.) define the tradition by characterizing the peaceful serenity of shepherds living in idealized natural settings. The Chinese Book of Songs (tenth to fifth century B.C.E.) is rife with seasonal poetry, and so is the Japanese haiku began as a short associative meditation on the natural world. Think of the Old English “Seafarer” and the Middle English “Cuckoo’s Song” (“Sumer is icumen in / Lhude sing, cuccu!”) of the passage of seasons in “Sir Gawain and the Green Knight” (fourteenth century). In the Renaissance, urbane poets apprenticed themselves to poetry by writing pastoral monologues or dialogues, constructing and imagining rural life. The tradition is exemplified by Sir Philip Sidney’s Arcadia (1580) and Edmund Spenser’s The Shephearde’s Calender which uses the months of the year to trace the changes in a shepherd’s life. Pastoral poetry flourished in seventeenth-century retirement and garden poems, in landscape poems that delivered formal and structured descriptions of topography, such as John Denham’s “Cooper’s Hill”

James Thomson, the first crucial eighteenth-century nature poet, infused his lovingly detailed descriptions in The Seasons with his age’s sense of God’s sustaining presence in nature. As he writes in “Spring”: “Chief, lovely spring, in thee, and thy soft scenes / The SMILING GOD is seen; while water, earth / And air attest his bounty.” Alexander Pope leads his “Essay on Criticism” with the rule, “First follow Nature.” For him, “following nature” means honoring classical precedent: “Learn hence for Ancient Rules a just Esteem; / To copy Nature is to copy Them.” Pope describes these rules as “Nature Methodiz’d.” Writing at a time when English society was being transformed from an agricultural community to an industrial one, the romantic poets treated nature in a groundbreaking way, dwelling in its localities, praising its nurturing powers, and spiritualizing it. Think of these summary lines from William Wordsworth’s defining nature poem, “Tintern Abbey”

We all can internalize such high value that the culture of writing about Nature has been essential to our civilization ever since. Poetry in Nature plays a significant role in molding our human imagination. It is very evident in the history of poetry that Nature is its main muse. Furthermore, Nature offers a lot of beautiful scenery that inspires generations of poets and writers and becomes part of their literary values and voices.